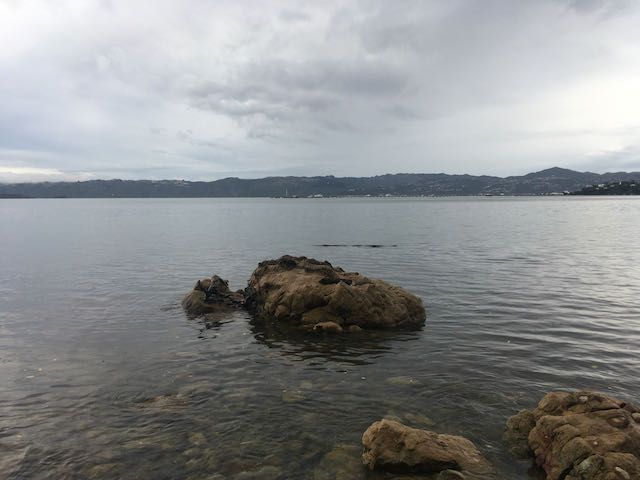 “Detritus” feels like the right sort of word for this week. We’ve had lots of rain (coming through from the heavy weather bomb that has hit New South Wales and caused so much flooding over there). Everything here is getting a good water, the skies are grey, and my walks have been gloomy yet actually quite beautiful.

My week (and last week, truth be told) has felt quite “bitsy,” with a lot of “setting up” of things. I’m still working on my Catmage 2 structure (cards, notes, all the rest), and while things are coming along there there hasn’t been a lot of actual writing-writing, which is a bit of a bother considering we’ve got a few more holidays coming up (which will also be no-writing days). I’ve been getting things tweaked with Obsidian still, but have a structure that I think is going to work for me. I’ve also realised (well, remembered, because now I’m going through the process of moving I realise I’ve done this before) that while Ulysses is great in many ways, I need it to do a few things that it can’t, and so that means we’re going back to Scrivener.

This time around I have found a really nice looking theme / set up that I’m going to make use of, called Butterfly. Setting it up was pretty easy, though you do need to follow the instructions closely. It feels like a comfortable set up and I think I’ll be happy working in that environment. I’ve decided to keep my Scrivener files out of the obsidian vault (though there is a way to get obsidian to recognise non-markdown files for the purposes of structure and linking), but I’m going to keep all of my story wiki stuff in Obsidian. So I think that will work well.

I’ve been getting in near-daily walks, despite the weather, and I’ve really been enjoying them. Though the traffic going by isn’t great I look out across the harbour and I really like watching the water moving over the stones, birds (gulls and shags mostly), ships, airplanes, the changing weather, etc. I pick up as much rubbish as I reasonably can. Yesterday I found a really strange earring, though today’s haul was much more mundane: 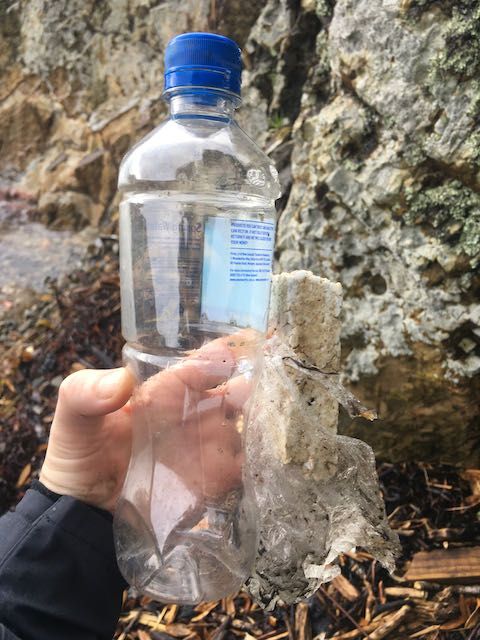 (That was the second plain plastic bottle I found, which seemed really weird; we don’t get many of those washing up on our beaches. Lots of milk tops though for some reason. I guess they blow out of people’s recycling bins?)

The walks are good for mood as well. I’m not a real depressive, but I can get down from time-to-time. Usually when I’m wondering about my life choices (whether it’s too late to go back to university to become a robotics engineer, or a translator, or some other dreamy-sounding career). But don’t we all?

Seeing Leila catch the bus in the mornings, I have found I do miss my time at school—though of course I also remember those dreary winter days when you really didn’t want to be there but had no choice. But there’s something nice about belonging to a larger group, about being involved and “part of something,” that I miss. Of course I belong to other groups, but they really aren’t the same.

In any case, I’m going to “front load” (or is that pre-load?) on my winter moods this year. Lots of walks, some nice teas to look forward to (yes I just wrote that), good music, candles while I write. Good stationery. I also ordered a bottle of St John’s Wort, which I used once many years ago when I was going through a rough patch, and found it really did help. I know there are warnings about using it with other antidepressants, but as I don’t take any of those, and it’s just for a potentially short period of time, I’m comfortable using it. Obviously it isn’t a good option for everyone, but even just knowing it’s in the cupboard if I need it is a bit heartening. 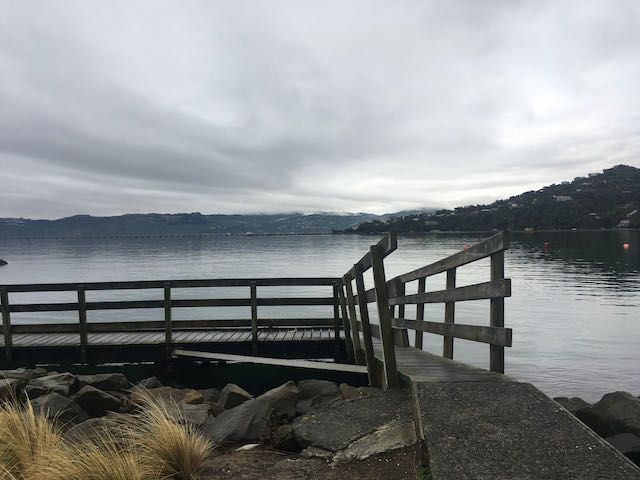