Setting up an external SSD on the mac mini 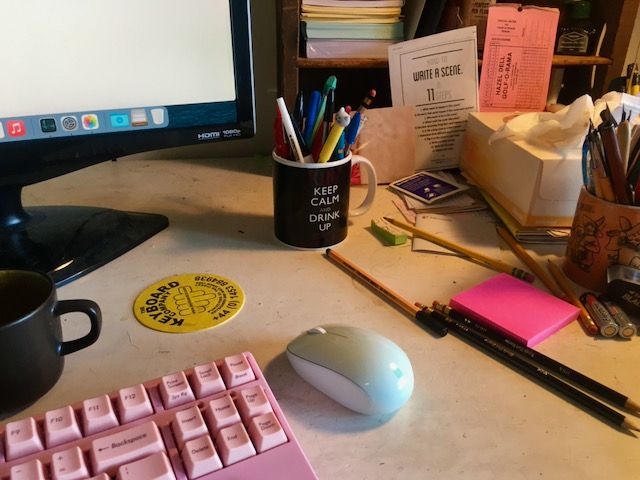 This has been my view for much of the weekend, but after setting up the external disk for the mac mini (late-2014 model) the experience has been extremely enjoyable—rather than the exercise in frustration the last few years have been.

I didn’t realise that these late-2014 mac minis were so painfully slow when I first ordered mine, but after a bit of frustrated googling found out that many, many people were complaining about their performance. Not just a bit of old-computer-sluggishness; launching an application took many minutes to start up, accompanied by non-stop beachballing. I would have to walk away and come back, just to open (for example) system preferences.

But! Several folk online also mentioned that doing an install of the operating system to an external SSD resulted in a new lease of life for their minis. I had nothing to lose (apart from my sanity, mwahaha), so thought I’d at least have a go.

I ordered (as I mentioned a while back) a Samsung T5 portable SSD (500 GB). (As an aside, it’s a lovely little bit of hardware. So small! It’s honestly hard to believe how small hard disks can be these days.) Obviously you’re not going to want to do this on a laptop; the connection (in this case via USB) would just be too fragile to sustain running an OS from it. But in the case of the mini, which just sits on a set of drawers here in the study and never moves, it’s totally fine.

The process (well, my process) was as follows:

And what do you know, it worked. There was a lot of trial and error, and it took me the better part of the day to do, what with downloading, lots of rebooting (most of them with the slow old disk). But if anyone out there is considering giving their old mac mini a new lease of life I 100% recommend doing it.


Previous: Relief Next: A big step