Something I’m learning about myself is that when I move around between activities, hobbies, interests, it’s not necessarily a bad thing to pick something up and put something else down. For the longest time I felt pretty guilty about yet another hobby embraced and then later, put aside. I’m starting to realise that every time I go through this process, I usually wind up bringing something new to the new practice. 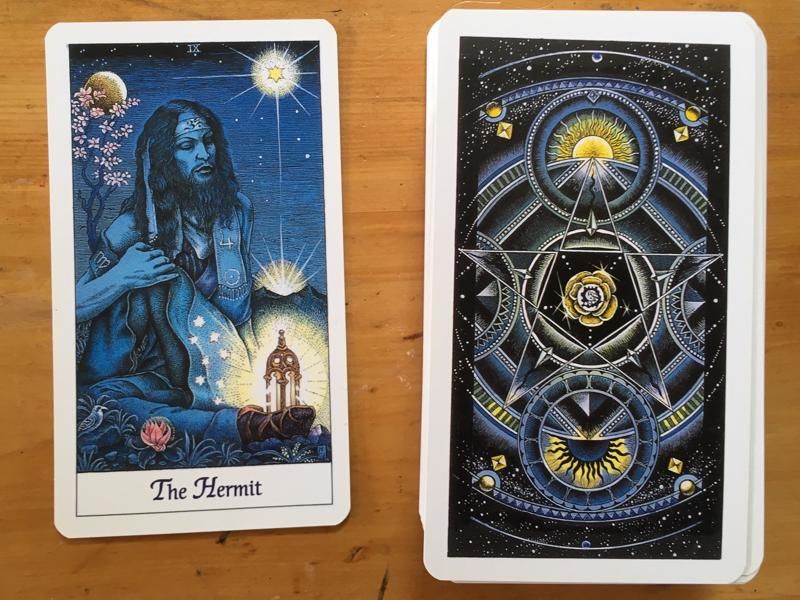 I’ve studied the cards on-and-off for (ok, counting on fingers now…gasp!) twenty-eight years. I’ve gone through periods when I was pretty into reading for others (and would take a deck with me whenever I went out for a wander). I filled notebooks with readings, observations, charts, lists, and so on. Even looked at doing it as a business for a while. And then…got into other things. The blog posts dwindled, the decks got put away, and some even sold.

I never really felt bad about it–I was too busy with photography, and setting up a darkroom, or making soap, or spinning wool, or dyeing fibre, or knitting, or playing piano, or playing computer games. (Plus there’s the ongoing book, too.) Then after that next thing, it was on to something else, and then something else.

One thing I noticed though, is that there always seems to be a circling-back process. It might just be a matter of months, or it could be years (the quilt by the couch that I started six years ago is giving me sad-eyes right now). But I always come back. And that lovely, familiar, oh, there YOU are feeling that you get from resuming a once-beloved practice is like nothing else.

To be honest, I find it hard to believe that some people–many people, if the number of expert blogs on the net are to be believed–can stick with one thing for year after year, and continue to feel the same enthusiasm and energy, day after day. I mean, I know it’s the case (my husband Steve is like this with his bike riding) but I don’t feel that way. I get bored, and have to move on.

I guess I’m bringing this up now because I seem to be in another shift right now. I wonder if it’s the onset of autumn, and the colder weather that is bringing this on, or if it’s just “that time.”

That last point makes me crack up a little. Gotta have a little shoot-em-up robot western action in there with the kundalini and sourdough. Story of my life ;)


Previous: Down the Linux Rabbit Hole Next: Tarot for Writers